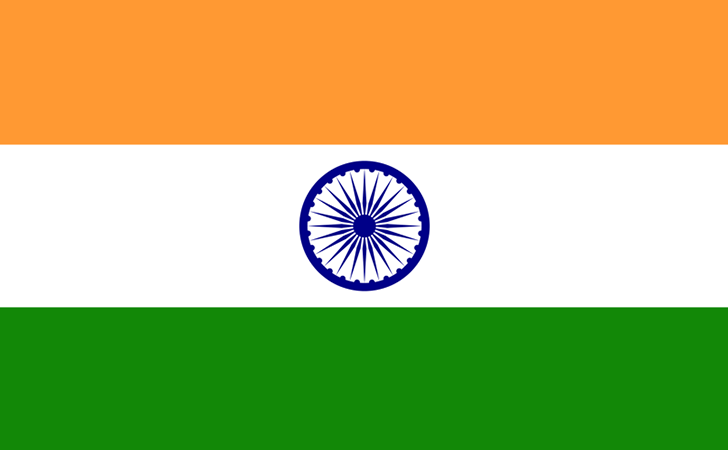 It was accepted in its current form throughout a meeting of the Constituent Assembly set on 22 July 1947. It turned out to be the official flag of the Dominion of India on 15 August 1947. It has horizontal rectangular tricolour of India saffron, white and India green; with the Ashoka Chakra, a 24-spoke wheel, in navy blue at its centre.

Prior to the Indian Independence Movement, numerous flags were utilized during the country. It was after the 1857 upheaval that British rulers decided that a solitary flag should be fly. The original flag was extremely dissimilar from what it is now. It was very alike to other flags of British colonies and attributed a blue background with a Union Jack in the higher left quadrant, or “canton,” and a Star of India with an imperial crown on the right elevation of the flag. A new flag was initiated in 1905. It was opening raised just two years later. This flag was mined as a method to unite every one caste and race. It was in 1921 when Mohandas Gandhi planned intending that is alike to the one that is utilized today. In 1931, a slightly redesigned flag was accepted by the Indian National Congress. The present flag was adopted in 1947.

Following to the Flag code of India, the Indian flag has a proportion of two by three. Entire three stripes of the flag (saffron, white and green) are to be equivalent in width and length. The Ashoka Chakra has twenty-four spokes that are consistently spaced in between the second stripes. Saffron indicates renunciation or disinterestedness. The white in the centre is light, the path of truth to guide our conduct. The green shows our relation to (the) soil, our relation to the plant life here, on which all other life depends. The "Ashoka Chakra" is the wheel of the law of dharma.

India lies on the Indian Plate, the northern part of the Indo-Australian Plate, whose continental crust forms the Indian subcontinent. The country is situated north of the equator and it is the seventh-largest country in the world. The total areas measures 3,214 km (1,997 mi) from north to south and 2,933 km (1,822 mi) from east to west. It has the population of 1.35 billion spread across twenty nine states/provinces. The country is bordered with Nepal, China, Afghanistan, Pakistan, Sri Lanka, Bangladesh, and Bhutan.

The country is known as secular state respecting and accommodating people worshiping Hinduism, Islamism, Christianity, Buddhism, Jainism, etc. The currency of India is rupee. India comprises of three letter country code i.e. IND, and in digits it is 356. The calling code is +91 and the UTC i.e. standard time followed in India is UTC+05:30.

Being a secular democratic republic, India comprises a total of 29 provinces and 640 districts.